The Thirdhand Smoke Resource Center has compiled 10 fantastic podcast episodes ranging from explanations of thirdhand smoke, to discussions with experts about how to eliminate 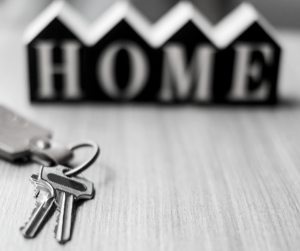 Rikki’s Story: A Journey of a Homeowner Who Found Herself in a Thirdhand Smoke Nightmare

Today we announce the release of a six-part series called Rikki’s Story. Episode One introduces you to Rikki, who has just purchased a new condo

How My Grandfather’s Cigar Damaged His Possessions

I don’t remember ever seeing my grandfather, a retired coal miner, without a cigar in his hand. Outside, he carried it around unlit. But inside, when he was sitting in his recliner next to an overflowing ashtray, it was always lit. I loved my grandpa, and I loved the smell of his cigar.

When he passed away, his possessions were shared among the children and grandchildren—overstuffed chairs, knitted afghans, rugs. Many of us have had the experience of inheriting cherished possessions, focusing on the memories they bring. But we don’t often think about what else they bring.

Objects that have spent time in the home of someone who smokes are contaminated with thirdhand smoke pollution. Even when there is nothing you can see or smell, items can still be covered with toxic tobacco smoke residue.

Thirdhand smoke residue is sticky, and it stays around for years. It’s also aggressive—it doesn’t simply stay on the object, but it mixes with the air and forms even more toxic substances. Thirdhand smoke can stick to large items in your home, such as furniture, rugs, and window curtains. But it can also stick to other smaller items, such as toys, books, stuffed animals, throw pillows, and television remotes.  When we use the objects, we get exposed to the toxic residue and help spread the thirdhand smoke inside our home because it gets on our skin, hair, and clothing.

Obviously, not allowing smoking inside your home is the best way to keep thirdhand smoke from contaminating your possessions. Keep in mind, though, that people who smoke outside your home can still bring smoke residue inside on their clothes, skin, and hair—residue that can transfer into your home.

It can be very difficult to figure out if used clothing, toys, or household items have been in the home of someone who smoked, but we can ask. If we don’t known that used items are free of thirdhand smoke and really need them, it is important to thoroughly wash and clean them before use.  And we can consider where an item will be used and by whom—babies and young children are much more vulnerable to thirdhand smoke than healthy grownups.

Smokin’ Date With an Uber

It seems as though every major city has an area that people try their hardest to stay away from simply because trying to park is a complete nightmare. Fortunately, this nightmare can be bypassed by ordering an Uber or Lyft. This is what I did when my partner and I had tickets to an outdoor cinema in the heart of Seaport Village in downtown San Diego. We were both really excited to enjoy the fresh sea air and San Diego sunlight while we watched a movie–so excited that we ordered a $30 Uber because we knew we would not be able to find parking.

When we got the text message that our Uber driver was outside, we walked out to the car, opened the door, and immediately got smacked in the face with the smell of cigarette smoke. It was so immediately offensive that I found our extremely friendly driver to be annoying. He asked us questions about the outdoor cinema and talked about movies that he enjoyed watching–a conversation typically enjoy immensely. But I could not get over the cigarette smell of the car, which was now giving me a  headache.

When we finally got to Seaport Village, I had a throbbing headache. “There is no way Uber allows their drivers to smoke.” I said to my partner as we set up our chair on the lawn before the movie started. I told him that “I’m going to look up their policy when we get home.” And that’s exactly what I did; unprepared for the shock of what I would find.

In case you didn’t know, the ride share experience has grown immensely, but is predominantly managed by two giants of the industry:  Uber (founded in 2009), and Lyft (founded in 2012). As a sidebar (because I am so shocked by this), Lyft is set to be valued between $21-23 billion in their upcoming IPO and Uber is aiming for an astronomical $120 billion valuation in 2020.   Great, they’re making a lot of money, but what does that mean for the riders?

These companies growing this fast has increased the demand for drivers exponentially–faster than the companies prepared for.  This is compromising many of the safety protocols that these companies have in place. Did you know that all that is needed to become a driver is to pass a driving record check and a background check?  In addition, a basic inspection is done on the vehicle the driver will use. This inspection includes no questions regarding smoking status.

From what I can gather, the general consensus among drivers is that smoking in their own vehicle would be bad for ratings, and thus, bad for business.  But Uber does not specifically prohibit smoking. Lyft does have a no smoking policy listed on their guidelines. However, the company doesn’t do any follow-up to ensure that the vehicles are smokefree.

The main problem that faces customers is the prevalence of thirdhand smoke.  That stale tobacco smoke that we smelled when the Uber door opened was a strong indicator that the car was contaminated with thirdhand smoke. Thirdhand smoke can linger in the car and also be transferred to the clothes of the riders.  Not only is the odor gross, but exposure to thirdhand smoke can lead to headaches, earaches, and a scratchy throat. Prolonged exposure (more than a short car ride) can have even more negative health effects.

That stale tobacco smoke that we smelled when the Uber door opened was a strong indicator that the car was contaminated with thirdhand smoke.

Now the question of what to do about it. This is a tough situation because really, the only thing I could do was to provide feedback about the smell in the car through a low driver rating. But I didn’t know for a fact that the driver was the smoker–it very easily could have been a previous passenger. So was I wrong to rate the driver low? A driver’s livelihood should not be at risk because of their passengers smoking habits. After mulling this over for a while, I’ve decided that the blame should fall on Uber/Lyft. It is there responsibility to protect the health of their drivers and passengers.

In my research, I also found that many users of the app have actually advocated for a smokefree option. This would be a great starting place for these companies. To ensure this option is being upheld for the customer the company should have ongoing inspections for their drivers.  Improving on these action points will ensure the safety of their riders. So here’s my call to you: message Uber and Lyft and tell them you want smokefree car choices because your health–and the health of your driver–matters.