A recent study from a group of thirdhand smoke researchers, including Dr. Noelia Ramírez of the Metabolomics Interdisciplinary Lab and Dr. Manuela Martins-Green of the University of California, Riverside, found that mice exposed to thirdhand smoke experienced changes in liver function that could not be entirely reversed, even with treatment.

We all want to protect ourselves and our loved ones from as much harm as possible, but how can we defend against a pervasive and often hidden toxic substance that scientists are still trying to fully understand? Studies have linked the chemicals in thirdhand smoke to negative health outcomes involving many organ systems, including skin, lungs, liver, metabolism, and even behavior. But thirdhand smoke research is still young when compared to research about second- or firsthand smoke, and the full extent of the effects of thirdhand smoke exposure on our health remains still undiscovered.A group of researchers from the Institute of Health Research Pere Virgili, the University Rovira i Virgili, the Spanish Biomedical Research Center in Diabetes and Associated Metabolic Disorders, and the University of California, Riverside set out to better understand how thirdhand smoke affects healthy liver function. Earlier research has established that exposure to thirdhand smoke interferes with liver function. The purpose of this study was to study the effects of thirdhand smoke on liver function at the molecular level. Using a method devised by Dr. Manuela Martins-Green, the researchers exposed one group of mice to thirdhand smoke, then studied their liver function compared to that of a second group of mice that was not exposed.

The researchers used a new method in this study that allowed them to identify products produced in the liver, called metabolites. The differences between the exposed and unexposed mice were as expected: The livers of the exposed mice showed dozens of metabolites that were changed by exposure to thirdhand smoke. For some metabolites, this was the first time the damage by thirdhand smoke was observed.

An important effect of the exposure was an increase in fat and fat particle size in the livers of the exposed mice, a preliminary sign of more serious liver disease. Non-Alcoholic Fatty Liver Disease is a dangerous and potentially life-threatening liver disease that is affecting a growing number of people. Smoking, and exposure to secondhand smoke, are known to increase the risk of this disease. The link between thirdhand smoke exposure and early signs of Non-Alcoholic Fatty Liver Disease may help further inform early treatment and prevention.

While mice are often used in the lab to study potential human health effects, any conclusions about human health need to involve humans. Dr. Ramírez says that she has a few projects in the works that involve analysis of thirdhand smoke exposure in people, and particularly, in children. Those findings may begin to connect the dots between thirdhand smoke and increased risk of diseases like Non-Alcoholic Fatty Liver Disease.

Dr. Ramírez stresses that as of the present understanding of thirdhand smoke, there is no known way to completely reverse the health effects of exposure. Antioxidant treatments only address part of the problem. She likens thirdhand smoke exposure to smoking itself. “As a smoker, [they] can be very healthy, do sports, and have a healthy diet. [They] can have healthier behaviors, but [they’re] still smoking. Unless [they stop] smoking, there will be some factors that [they] cannot compensate for. In the case of thirdhand smoke, it’s the same. We can try to add other treatments [to antioxidants]. But if exposure continues, we cannot compensate for all the effects of the exposure.” 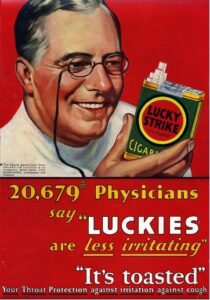 Smoke Signals: The First Signs of the Dangers of Smoking If you have been following us for a while now, you probably know that 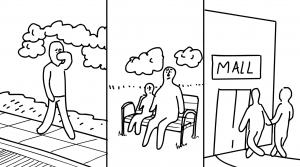 A video from the Michigan Human & Health Services that reviews the dangers of second- and thirdhand smoke.