Deborah Colosi, Ph.D., is a Program Officer at the Tobacco-Related Disease Research Program (TRDRP) scientifically administering the Environmental Exposure and Toxicology Program and working in partnership with the scientific community to ensure funding of meritorious science from scientific peer review. This portfolio supports an integrated research program to advance exposure science (methods, measurements, models) and reduce the environmental impact of cigarette waste, tobacco smoke, its residue and emerging tobacco products. TRDRP supports basic and proof-of-concept research focused on the complex inter-relationships between exposure science, environmental impact, and policy research at both the federal and state level. Dr. Colosi received her doctorate in Endocrinology from the University of California, Berkeley and her bachelor’s degree in Biology from University of California, Santa Cruz. Prior to joining TRDRP, she conducted discovery and developmental research in the pharmaceutical industry. Dr. Colosi gained extensive experience as a Program Officer at the National Institutes of Health where she managed research initiatives focused on advancing basic research findings into human clinical trials to address unmet medical needs. 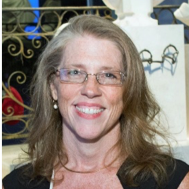 Cynthia Hallett is President and CEO of American Nonsmokers’ Rights (ANR) Foundation, a 501(c)3 established in 1984 whose mission is to promote nonsmoking as the national norm. ANR Foundation was instrumental in the smokefree airline campaign and thousands of smokefree and tobacco-free laws and policies. Ms. Hallett received her Master of Public Health from University of California Los Angeles. She has worked at the University of California Los Angelese Comprehensive Cancer Center, the National Cancer Institute, and the Los Angeles County Department of Public Health, Tobacco Control Program. Ms. Hallett has 30 years of experience in tobacco and cancer control prevention and has worked with all levels of government on tobacco control issues including smokefree air campaigns that include electronic cigarette and marijuana use in smokefree environments, smokefree commercial and tribal casinos, tobacco-free college campus initiatives, tracking and exposing tobacco industry and allied interference with public health policies, and legislative efforts that would preempt local control. She has co-authored articles on smokefree trends, health disparities, and health equity gaps in smokefree protections. 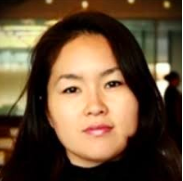 Dr. Huh is an Associate Professor of Research, Preventive Medicine in the Keck School of Medicine at the University of Southern California. Dr. Huh’s research focuses on behavioral change, employing intensive longitudinal methods to investigate microtemporal relationship among contextual antecedents and tobacco-related behavior outcomes. Her past research projects include examining attitudes and behaviors toward cessation and environmental smoking among Korean American young adults via mixed methods. She has also recently completed a study where her team developed and pilot tested a just-in-time adaptive cessation intervention, tailored to Asian American young adult smokers. When Dr. Huh is not busy with research and teaching, you can find her baking her sourdough and traveling with her son. 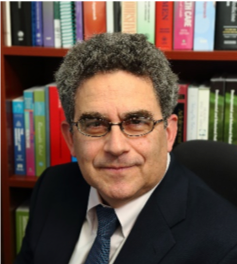 Professor, Department of Pediatrics
University of Illinois at Chicago School of Medicine
jonklein@uic.edu

Dr. Klein is Professor and Executive Vice Head of the Department of Pediatrics at the University of Illinois at Chicago School of Medicine. He is a pediatrician and health services researcher specializing in access to care, preventive care guidelines, and tobacco control. Dr. Klein attended Brandeis University, New Jersey Medical School, and Harvard School of Public Health, and trained at New England Medical Center and the University of North Carolina. He served on the faculty at the University of Rochester from 1992-09, and from 2009-17 was Associate Executive Director at the American Academy of Pediatrics.  He was the PI and founding Director from 2005-2017 and currently serves as Scientific Director of the American Academy of Pediatrics Julius B Richmond Center of Excellence, dedicated to protecting children from tobacco and secondhand smoke.  Dr. Klein is also immediate past chair of NCD Child, a global coalition advocating for inclusion of children and youth in the Non-Communicable Disease and SDG agendas; North American Vice President of the International Association for Adolescent Health; and an elected member of the International Pediatric Association Executive Committee. 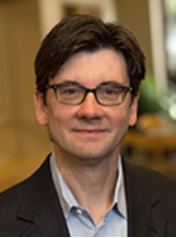 Mark Meaney is the Deputy Director of Commercial Tobacco Control Law and Policy at the Public Health Law Center. Mark leads a team of attorneys working to support tobacco control policy change throughout the United States by providing legal technical assistance to public health professionals and advocates, developing resources on the most effective legal and policy measures to reduce the burden of disease and death caused by tobacco use in the United States, and providing strategic leadership around bold policy options to end the tobacco epidemic. 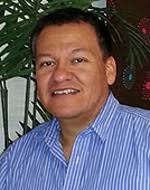 Luis Olmedo is a community advocate who advises on local, regional, and state environmental health programs. He is a member of various state and national networks that focus on environmental policy, civic leadership, and environmental justice. Luis has served as Executive Director for nearly two decades leading a team of local visionaries in developing evidence-based health interventions, sensor measurement engineering, programming, and crowdsourcing; designing new government frameworks and service programs; and crafting new multi-media collaborative models all with a goal of leveling the playing field for disadvantaged communities. He values the power that comes from collaboration, as evidenced by his partnership with diverse expertise from academia, government, community-based organizations, business, youth, healthcare, and community. 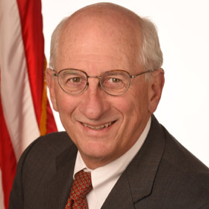 Dr. Novotny is Professor Emeritus of Epidemiology and Biostatistics at the San Diego State University (SDSU) School of Public Health. He is a graduate of the University of Nebraska Medical Center and Johns Hopkins Bloomberg School of Public Health. He was awarded an honorary doctorate in science from the University of Nebraska in 2015. During a 23-year career in the US Public Health Service, he served as a Family Physician in Northern California, a CDC Epidemic Intelligence Service Officer in Denver, Colorado, Medical Epidemiologist in the Office on Smoking and Health, and CDC Liaison to the World Bank in Washington, DC. He later served in the Clinton and Bush Administrations as HHS Deputy Assistant Secretary for International and Refugee Health and Assistant Surgeon General from 1999-2002. He was a Professor in Residence of Epidemiology at UC San Francisco from 2002-2008, where he directed international programs for medical and other health sciences students. He co-directed the Joint PhD program in Global Health at SDSU/UCSD from 2009-2015. He re-joined the Department of Health and Human Services as Deputy Assistant Secretary for Health (Science and Medicine) in 2015 under the Obama administration and returned to San Diego in 2017. He is a member of the Council on Foreign Relations, and is co-editor of 21st Century Health Diplomacy (World Scientific Publishers, 2013). 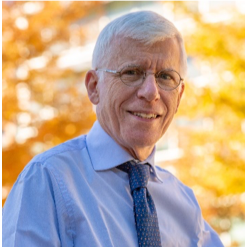 Jonathan M. Samet, a pulmonary physician and epidemiologist, is Dean of the Colorado School of Public Health and Professor in the departments of Epidemiology and Environmental & Occupational Health. Dr. Samet received a Bachelor’s degree in Chemistry and Physics from Harvard College, an M.D. degree from the University of Rochester, School of Medicine and Dentistry, and a Master of Science degree in Epidemiology from the Harvard School of Public Health. His research has focused on the health risks of inhaled pollutants—particles and ozone in outdoor air and indoor pollutants including secondhand smoke and radon. He has also investigated the occurrence and causes of cancer and respiratory diseases, emphasizing the risks of active and passive smoking. For several decades, he has been involved in global health, focusing on tobacco control, air pollution, and chronic disease prevention. He has served on and chaired numerous committees of the National Academies of Science, Engineering and Medicine, and he also chaired the Clean Air Scientific Advisory Committee (CASAC) of the U.S. EPA and the FDA’s Tobacco Products Scientific Advisory Committee (TPSAC). Dr. Samet has served as editor and author for Reports of the Surgeon General on Smoking and Health since 1984, receiving the Surgeon General’s Medallion in 1990 and 2006 for these contributions. He was the Senior Scientific Editor for the 50th Anniversary 2014 report. Dr. Samet received the 2004 Prince Mahidol Award for Global Health awarded by the King of Thailand, the Edward Livingston Trudeau Medal from the American Thoracic Society/American Lung Association, the Luther L. Terry Award for Distinguished Career from the American Cancer Society, and the Fries Prize for Health. He received the Alumni Award of Merit from the Harvard School of Public Health and was named Distinguished Alumnus of the Year by the University of Rochester School of Medicine and Dentistry. He was elected to the National Academy of Medicine (Institute of Medicine) of the National Academy of Sciences in 1997 and received the Academy’s David M. Rall Medal for his contributions in 2015. 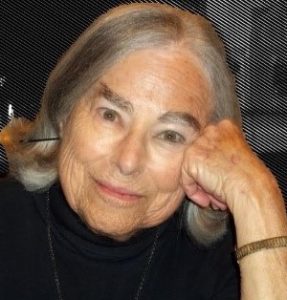 Esther Schiller is a co-founder of the non-profit organization Smokefree Air For Everyone (S.A.F.E.). In the year 2000, S.A.F.E was awarded a grant by the California Department of Public Health to provide information to apartment owners and industry professionals on the benefits of smokefree policies. The grant enabled the development of the Smokefree Apartment House Registry (www.smokefreeapartments.org). By 2015, the Registry included the vacancies of over 400 landlords who had adopted no smoking policies for their buildings.

As information about the serious effects of exposure to tobacco smoke, and more recently marijuana smoke, has become available, a large number of cities and counties in California have been encouraged to pass laws which regulate smoking in apartments and condominiums. Ms. Schiller has been involved in that effort. She currently serves as a consultant for the American Lung Association and the U.C.L.A. Center for Health Policy Research.

Carl Winston has over 35 years of experience in a variety of senior executive level hospitality and tourism industry positions in academia and the “real world.” He is the founding Director of the L. Robert Payne School of Hospitality & Tourism Management at San Diego State University. He is also the founding Managing Director of the China Hospitality Education Initiative (CHEI) and lead Academic Advisor to The J. Willard & Alice S. Marriott Foundation for the initiative. Mr. Winston earned his MPS in Hotel Administration from Cornell University.

Prior to moving into academia, Mr. Winston was a chief operating officer for Trigild Corporation; executive vice president of operations for Jeepers!, a Boston-based company which operates a chain of small amusement parks; and executive vice president of operations for Trusthouse Forte; and later Chartwell Leisure. Prior to these experiences, he started his own hotel management company, and was the senior operations executive responsible for a hotel company that grew from 17 to 125 locations in four years. In addition, he worked in public accounting as a consultant for four years. Mr. Winston has been involved with a large number of local, regional, and international industry associations and groups where he has served in leadership positions and on Boards of Directors.